Just when Detroit Lions’ Ndamukong Suh is suspended two games for stomping a Green Bay Packers’ player on Turkey Day, the internet goes viral with a video of two old heads and former Canadian Football League Players attempting to duke it out at a CFL luncheon. Mind you, the dispute they are still bitter about happened almost a half-century ago.

Joe Kapp and Angelo Mosca apparently didn’t resolve their 48-year-old Canadian Football League rival soon enough. Just when Kapp thought it was a good idea to present old fogey Mosca with some flowers, he gets swung at with a cane. Thirty seconds later several someones were helping Angelo up from the floor due to his rival giving him the old one-two-three. Did I mention this was all during the 2011 CFL Alumni Legends Luncheon in Vancouver.

Take a moment and watch the quick knockout.

It appears there is still some unresolved tension between these two after a controversial hit on the field.  Tension that obviously can’t be resolved with freshly picked flowers.  I guess women are the only ones who enjoy getting flowers with an apology.

Before I go, I do have a question for Mr. Mosca:

How you gonna swing at someone with the cane that is holding you up?

Sir, the only direction you can truly go is down!

Here you go Angelo…have a stadium of seats… 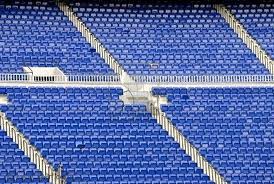